Invest in the Future of Self-Driving Cars and EVs

When you look at the future of cars (and trucks) there’s a couple things that you can learn from the Jetsons. Yes, the cartoon characters of the future. Self-driving. Not limited by Gravity. 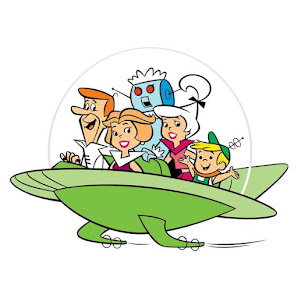 There are several things that would be reasonable to expect in the future of autos:

Although there is much overlap, we’ll focus on only two points at the moment, but from a stock-and-market perspective: the self-driving car and batteries (range). Look at the article on IntellZine from 2017: Intel and Mobile Computing: An Eye on BIG Computing on the Move.

Autos and Self-Driving. Everybody thinks of Tesla related to self-driving, but there are others. See excellent Wikipedia Self-Driving article.  Lots of investors are trying to jump into the early stages and even the late stages of this market. But let’s start with Tesla. 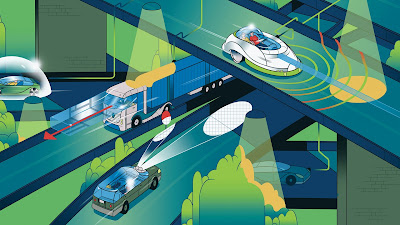 Tesla’s market cap at the end of 2020 exceeded $650B, making it larger (based on stock value) than the top 10 automakers combined. In an industry that is expecting to sell only 14.5 million units in 2020, it is a little hard to justify this crazy high market pricing. The Price-Earnings ratio is 1,300; but based on expected earnings, the PE is more rational for a growth stock at 160 times. However, if the rapid growth (130% yoy revenue growth) continues, the PEG ratio is closer to 1.3. For a smaller company expecting 100% or more revenue growth for several years is not impossible in some cases, but for a larger company going into a maturing industry, not so likely. So, buy tesla at these elevated levels at your own risk.

The Tesla car has been referred to as an iPad on wheels. Much of the smarts behind the Tesla user interface is from Apple. Apple is by far the largest company in the world with $2.3T market cap. So, wouldn’t it be interesting if Apple decided to get into the Electric car business, as rumored (but not officially announced) in December 2020. Apple, in the meanwhile is developing their own chip sets so they can separate themselves from the big chipmakers, chips that are more efficient and faster. At the same time, Apple is partnering with manufactures of sensor technologies. Apple appears to be designing its own break-through battery technology. The current (announced) plan appears to be an Apple car release in 2024. (See the Reuter’s article about this.)

So let’s see, the key 3 ingredients to the car of the future are: the software, the user interface/ecosystem, and the battery. Throw in the ability to market and sell. Anybody can manufacture the car, well, anyone with the factor and skilled factory workers. Apple looks like a safer buy even at a PE of 44 and 33 forward PE (back out the $100B cash, though). The PEG ratio is way high 3.3 because of -7% revenue growth last quarter, but it has historically been about 2.0 which is very reasonable for a mature but growth company.

The other way to play these trends is to go for the break-through technology companies in the battery and sensor space. A couple that have gone absolutely nuts after a reverse merger this year are LAZR and (QS). QuantumScape (QS) has patented technologies and manufactures solid-state lithium-metal batteries, especially for the auto industry (up about 1,000% over 6 months). Luminar Technologies (LAZR) designs, builds and sells long-range lidar products for autonomous driving (up about 300% since Thanksgiving). Both have stabilized a little, so consider buying them on weakness.

In short, if you love Tesla, go buy the car. Lots of companies can, and will make the cars of the future, including electric and self-driving. The Tesla company does have room to grow in lots of directions (Trucks, Solar, HVAC), but there is already a MASIVE amount of growth already priced in.